This past Friday the Senate had one of its first deadlines that we call the policy cutoff. It was the last day for bills that aren’t budgetary to receive a public hearing and move along the process. The Senate budget committee, Ways and Means, worked late into the evening looking at legislation with fiscal impacts to meet its deadline Tuesday. We have until Feb. 17 to vote on bills originating in the Senate and then we will start to consider legislation coming from the House of Representatives. That means we’re about at the half-way point of the legislative session. While all of this is happening, the majority is crafting a supplemental budget to address emerging needs since we adjourned last April.

The state is projected to collect nearly $1 billion more in revenue than we expected when we adjourned last year. That pushes the total budget to unprecedented levels. I continue to believe that we can and must find ways to provide tax and regulatory relief for families and small businesses. As I mentioned in my last update, the Senate approved a bill that increases the business and occupation tax on all kinds of industries. It was a “fix” because a similar tax increase approved last year was so complicated and convoluted that the state Department of Revenue wasn’t sure it could collect the money.

At a time when we have serious problems with rising health-care costs and a spate of nursing-home closures, the “fix” this year actually raised taxes on doctors and nursing homes! I opposed that bill. 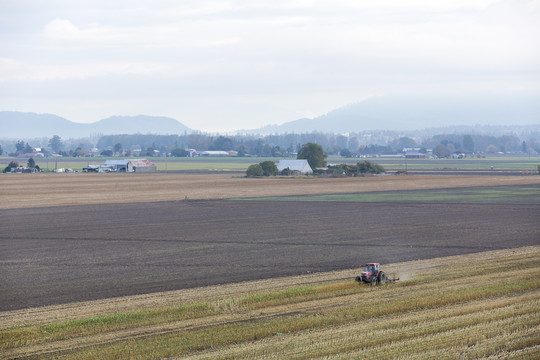 In addition to my work on the budget, I continue to serve our district on the Agriculture, Water, Natural Resources and Parks Committee. Even though this is a short, 60-day session, there is a lot of activity relating to agricultural and water issues.

We have four big bills concerning water that are being discussed dealing with water-rights sales and transfers. Just before the session, The Seattle Times did an in-depth story on an emerging issue in which out-of-state investors are buying up water rights. That presents a challenge to balance the rights of people to do what they want with their property with our state’s broader needs for access to water in critical areas. We don’t want to craft laws that may cause other problems for work that is ongoing, especially in other parts of the state.

Water law is complex. Tackling this emerging issue isn’t something we can or should do quickly, and it can’t happen in a vacuum. That is why we’re making sure to include a broad group of stakeholders with an eye toward protecting water-rights holders.

Some other issues I’m watching relate to pesticides. I’m a member of a legislative task force that is looking into the use and application of pesticides in our state. There is a bill this session to do an outright ban of one particular product. This could have a severe impact on the tree-fruit industry.

From the looks of it, producers weren’t consulted about the use of the pesticide or what impacts a ban would have. It’s my understanding that the pesticide in question is only rarely used and in an emergency situation. It affects a particular pest that could wipe out an orchard in just a couple of days. If that is the case, our orchardists need tools to protect their crops. I will be fighting for them to have a voice at the table. I introduced legislation to boost affordable housing production east of the Cascade Mountains under a local infrastructure investment program. Senate Bill 6328, which has strong bipartisan support and was approved by the Senate Housing Stability and Affordability Committee. Although my bill was not approved by the budget committee, there is a similar bill in the House that appears to be making its way through the legislative process.

We need to give local jurisdictions more tools to meet affordable housing needs in their communities. A significant cost driver for building housing is all the regulations and permitting costs. These proposals are a way to incentivize construction of more housing so that its affordable, not mandates or more taxes. Read more… 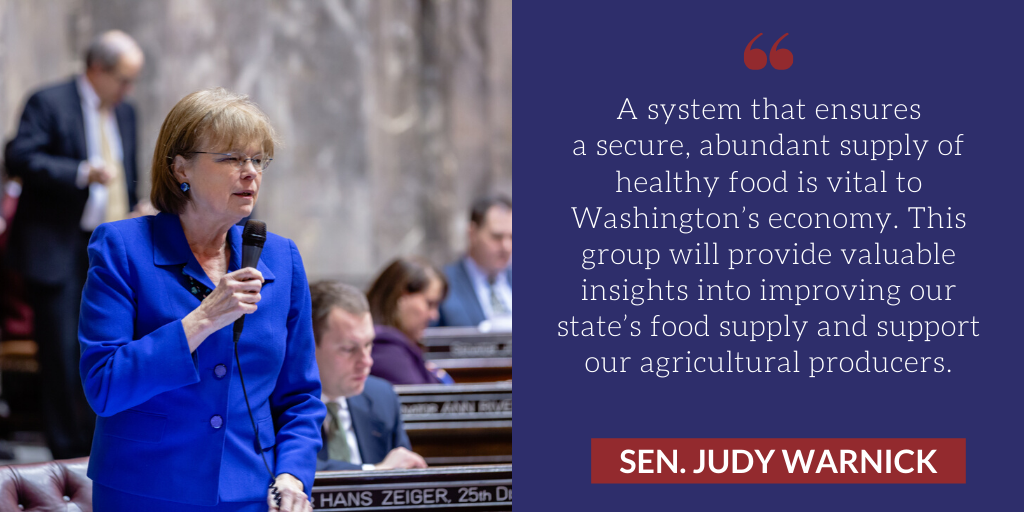 Today, the state Senate approved legislation I sponsored that would formalize a public-private partnership to improve the state’s food-supply system. Senate Bill 6091 outlines goals of the Washington Food Policy forum, to include support for small farms, increasing the availability of food grown in the state, and reducing food insecurity.